Residents may notice discoloration of water when the flushing takes place in their neighborhood. If you experience a discoloration of water, turn on your plumbing fixtures until the water runs clear. It is best to run an outdoor fixture, or a cold-water tap in a laundry tub or bathtub first until the water runs clear and then run water from other fixtures. 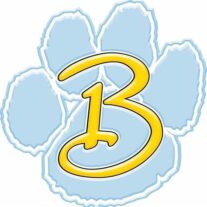 The Bath Township Fire Department and Bath High School Interact Club will hold its bi-annual
Mock Crash for prom and graduation awareness on Friday, April 29th, 2022, at 9:00 A.M. at Bath
High School. The program, which began in 1995, has become a tradition for all BHS juniors and
seniors.

The goal of this program is to educate students and the community about the horrible
consequences of distracted and impaired driving. Fire, EMS, and law enforcement officials will
recreate an automobile accident, using students as victims with as much realism as possible.
The scenario will include a “DOA”, an arrested “distracted and impaired driver”, and two
critically injured victims in need of medical care.

Chief Joe Kitchen stated, “It is our hope that the students have a safe and memorable prom and
graduation season, free of accidents, injuries, and tragedy related to making poor decisions.”

Bath High School Interact Advisor Missy Vandemark said, “The students in our club care about
their fellow classmates and want to highlight the potential serious consequences of both impaired
and distracted driving. We believe that this mock crash is one of our most important activities.”

Note: Bible Road, in the area of the Bath Local Schools campus will be closed for about 20
minutes to through traffic.

The mobile home is rented by Mark Kuglarz and is owned by Best Deal Rentals LLC, of Ft. Wayne, Indiana. No one was home at time of the fire and there were no injuries. None of the parties reported having insurance.

The cause of the fire is undetermined at this time and remains under investigation.

Firefighters were on the scene for about three hours. The tenants are being assisted by the Allen County Chapter of the American Red Cross. 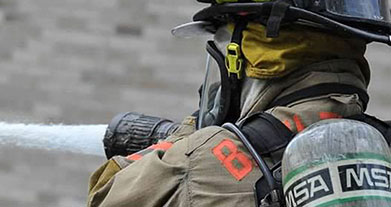 The house is owned by Christopher Rittenhouse who was home at the time of the fire. He was not injured.

The house suffered damage to the chimney and the room containing it.

The homeowner reported that the property is insured. Fire department officials estimate the damage at 3,000.00 to the contents and $17,000.00 to the structure.

Firefighters were on the scene for about one hour. 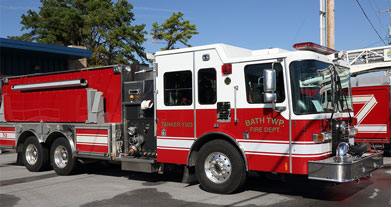 Bath Township Fire Department responded to a 911 report of a fire at the Dana Corporation this morning at 4:14 A.M. The plant is located at 777 Bible Road, Lima, Ohio, in Bath Township.

Upon arrival, units observed heavy smoke and fire coming from a building located directly behind the main plant.

Dana Corporation management and security staff had evacuated the entire plant prior to the arrival of the fire department. Bath firefighters were able to get the fire under control within about 15 minutes. The fire was located in a building which housed the plant’s main compressor system but did not extend into the main manufacturing plant.

An exact damage estimate was not available at the time of this release pending an investigation by Dana officials, however preliminary estimates are $500,000 to $750,000.

No Dana Corporation employees or fire department personnel were injured.

The cause of the fire was not determined; however it is not suspicious. Firefighters were on the scene for about two hours. 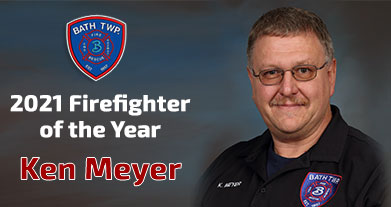 This year’s firefighter of the year is Inspector Ken Meyer. His fellow firefighters nominated him for the award based on his dedication to the department. Ken is responsible for fire prevention, public education, plans review, and fire inspection.

He began is career with the Bath Township Fire Department in 1995 and has held the positions of lieutenant, captain, and is currently serving as inspector.

Chief Kitchen said, “Ken is a vital part of the organization, and we truly value his leadership.” 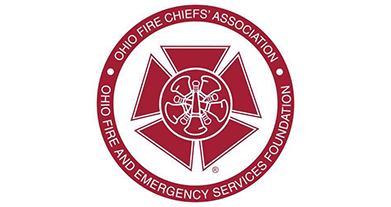 The course uses John Maxwell’s leadership principles and applies them to fire service issues. The class is a combination of lectures and post class assignments.

Upon arrival, firefighters observed heavy smoke and fire coming from front of the house and the garage.

The house suffered heavy heat, smoke, and water damage throughout. Several animals were removed by firefighters including both domesticated and exotic. Firefighters encountered some difficulty in extinguishment due to the large amount of personal items in the home.

The cause of the fire is undetermined and under investigation, but not suspicious. The family was assisted by the Allen County Chapter of the American Red Cross.

Fire investigators collected evidence and interviewed multiple people as part of their investigation into the cause of the fire. The area of origin was determined to be a bedroom of the mobile home located at Lot #30. A follow up interview with a juvenile revealed that the cause of the fire was a child who had obtained a lighter and accidentally caught a bed on fire.

Bath Township Fire Chief, Joseph Kitchen stated the following, “It’s never too early to start talking to small children about the dangers of fire. Kids should be taught to tell an adult if they find a lighter or matches. As we head into the holiday season, parents should also remember to never leave candles unattended when children are present.” Chief Kitchen also reminds all residents to have working smoke alarms in their homes.

The fire department has partnered with the American Red Cross to provide and install smoke alarms free of charge by calling 1-844-207-4509.

The tenants of both mobile homes are being assisted by the Allen County Chapter of the American Red Cross.

The mobile home (Lot #30) is rented by Tony and Joanna Byrne and is owned by Best Deal Rentals LLC, Ft. Wayne, Indiana. They were both home, along with two children at time of the fire and escaped with no injuries. The mobile home next door is owned by Homer Budd who was not home at the time. None of the parties reported having insurance.

The cause of the fire is undetermined at this time and remains under investigation.

Firefighters were on the scene for about four hours. The tenants of both mobile homes are being assisted by the Allen County Chapter of the American Red Cross.